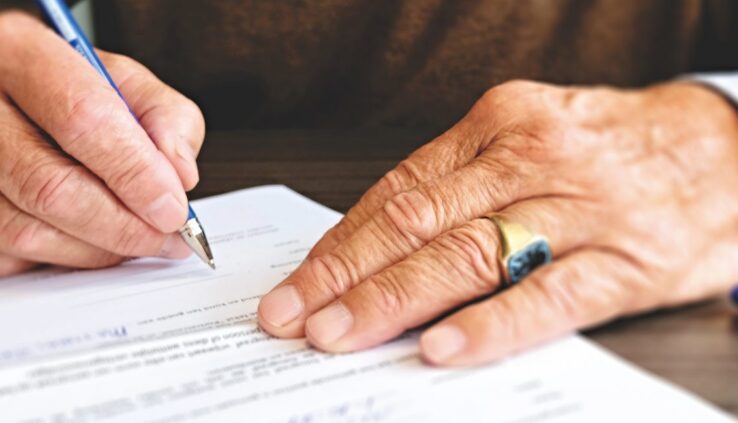 It is common for credit applications by businesses to include a guarantee.  If a company or partnership opens a trading account for goods or services, the supplier will often insist upon it!

Likewise, it is commonplace for a landlord to require a guarantee from a company tenant.

The need for a personal security of this type is understandable. At the 'end of the day', a supplier or landlord expects to be paid. Yet, the legal 'shields' of company and partnership law can be difficult to penetrate when it comes to collecting payment!

And even if a judgement is obtained against the debtor, there remains a question of whether there are sufficient assets available to meet the debt.

Therefore, landlords and lenders prefer the security of a personal guarantee. It is enforceable directly against the individual guarantor, even if the company debtor later becomes insolvent.

Depending upon the wording of the guarantee, the guarantor can be sued directly (i.e. without the need to firstly sue the company debtor).

If the guarantor owns assets (such as a family home), those assets can be made the subject of a seizure and sale order. There are also numerous other legal processes of enforcement. All in all, however, it's not a 'pretty picture'. Debt collection law rarely is!

But guarantees in leases and other commercial documents have now become 'standard form'. Gone are the days when a guarantee was legally drafted or carefully vetted. As a result, mistakes are being made in the prepared documents. And that's when the trouble starts!

It should always be remembered that guarantee documents are 'read down' by the Courts. They will interpret the meaning and effect of its terms in a narrow way.

In the High Court case of Chan v Cresdon, the 'lease' covered by the guarantee was read down to refer to only a registered lease. As the lease was not registered, the guarantee obligations could not be enforced against the tenant.

Guarantees have been held by the Courts to be void or unenforceable for a variety of different reasons. The following provide a few examples:

The following case-summaries provide greater detail on a number of grounds of defence which have been applied to guarantees.

The case concerned the repayment of a debt under a guarantee. A landlord leased property to a company (the tenant), with the company’s directors signing as guarantors. However, the company defaulted in its repayment of rent. The landlord commenced proceedings against the ‘defendants’ directors under the guarantee. The claim was for outstanding rent, accrued interest, costs of repairs, maintenance and legal costs.

One of the defendants argued that they were not bound by the guarantee in the lease because they did not sign it in their personal capacity, but only in the capacity of a director of the company.

The guarantee clauses in the lease expressly applied if a guarantor of the tenant was named in the schedule to the lease and had signed or executed the lease. The schedule contained the names of the 2 defendants. There was a provision in the lease for signature by the company tenant and one of the defendants signed the lease as a director of the company. There was no separate provision for execution by the guarantors. Nor was there any evidence of negotiations with the defendant about a guarantee.

The issue was whether the defendant needed to sign a separate execution in his personal capacity to be properly bound by the guarantee clauses in the lease.

The Supreme Court held that whether a person has signed the document in a personal capacity was determined in accordance with the construction of the document as a whole. The basis of the surrounding circumstances known to the parties was also legally relevant.

The Court noted the defendant had received legal advice in relation to the lease; had signed personal guarantees before; was familiar with the process; and had been named as a guarantor in the lease. Thus, although the defendant had signed the document only once, his signature operated to bind both the tenant’s company, and himself personally as guarantor.

The case involved a lease agreement (Lease) in respect of a commercial property. The Lease was entered into between Mr Alonso, the landlord, SRS Investments (WA) Pty Ltd, the company tenant, and Ms Elliot, (the director of the tenant company) as guarantor.

Was the guarantor legally bound by the guarantee, even though she had not provided a signature?

The guarantor also sought to avoid liability on several grounds, including that section 4 of the Statute of Frauds 1677 (UK) (Statute of Frauds) rendered the Lease unenforceable against her.

As stated, the guarantor also sought to rely on section 4 of the Statute of Frauds, arguing that the guarantee provisions of the Lease were unenforceable because she had only signed the Lease on behalf of tenant, not as a guarantor.

Therefore, the Guarantor was found to be liable under the guarantee provisions, and she was ordered to pay the outstanding amount due under the lease.

The case involves an action by a landlord against a tenant and its guarantors. The claim was for liquidated damages for unpaid rent and for other breaches of the lease. The lease contained a ‘suspension’ clause, which required the tenant to pay rent to the landlord 'without demand, deduction or a right of set-off'.

The tenant and guarantors pleaded by way of a defence that the landlord was in breach of an implied term in the lease. The term required the landlord to ‘do all things necessary’ to enable the tenant to have the benefit of the lease.

The tenant and guarantors' also counterclaimed against the landlord for damages for breach of that implied term and under the Australian Consumer Law for misleading or deceptive conduct.

Further, the issue was raised whether the suspension clause precluded the tenant and guarantors from raising an arguable defence to the claim for rent.

In the circumstances, the landlord’s conduct resulted in a reduction and offset of the tenant’s and guarantors’ liability under the lease and guarantee.

As an interim measure until the bank guarantee was arranged, the defendant was allowed into possession after a personal guarantee had been provided by its directors. It was provided in the form of a Deed of guarantee made on 5 March 1991 (the Deed).

As a bank guarantee was not provided, the plaintiff landlord sued for the outstanding monies under the Deed of guarantee. The issue was whether or not the plaintiff's monetary claim could be said to be referrable to moneys which became due under "the lease”. The plaintiff claimed that the personal guarantee signed by the defendant’s directors attracted a legal liability to pay the rental due.

The Court followed the High Court’s reasoning in Chan v Cresdon. It held that the 'lease' covered by the guarantee was read down to refer to only a registered lease. As the lease was not registered, the deed of guarantee could not be enforced against the defendant. Nor did the guarantee attract liability to pay rent under an equitable lease or a common law tenancy.