Directors’ Duties – The duty to act honestly and in good faith 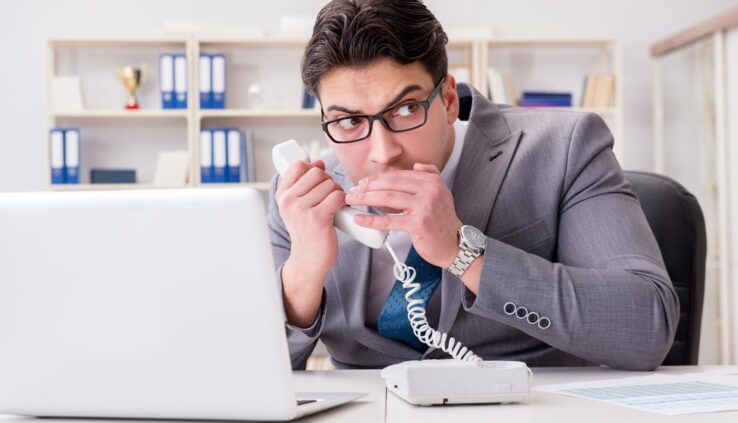 Your appointment as the director of a company is an important commitment. Once the directorship is recorded in the company's books, you are expected to perform the duties commensurate with your position.

Your later registration as a director with ASIC is merely a formality. In a sense, it's a public recognition of your special relationship with the company! You are now expected to make decisions on its behalf, whether as part of a board or as the sole director.

Depending upon the type of constitution that governs the company's conduct, there are a variety of different powers that the directors may decide to exercise (for given purposes). Those purposes may range from purchasing stationery for the office through to the acceptance of a takeover bid.

Perhaps the most important commitment in any relationship is that of honesty or candour. By the same token, the core duty of a director to his or her company is that of honesty. In the affairs of life, honesty is the 'best policy'. In company affairs, it is enshrined as a legal duty. Any breach of that core duty carries sanctions for non-compliance.

From the legal perspective, the duty requires a director to make decisions for the company which he or she honestly believes to be in the 'best interests' of the company.

The reference to 'best' interests is not intended to set an ultimate standard. A director is not expected to attain the 'very best' outcome (ie one which provides the greatest possible benefit for the company's varied interests).  Rather, the duty places an onus on directors to make decisions:

-  for the benefit of the company as a whole; or

-  that do not unduly prejudice the interests of the company.

Whether (or not) a director actually believes their decision was made for the company's benefit is a subjective question. It can only truly be determined by 'reading the mind' of the director concerned. Unfortunately, Courts are not mind-readers! Therefore, the legal test of the relevant duty includes an objective component.

In a particular case, a Court may conclude that a director's decision was (apparently) made honestly. But the Court will then ask a further question. Was the decision one that would have been made by a 'reasonable' director in the same circumstances?

This added component provides an objective standard for the Court's analysis of whether a breach of duty has occurred. Indeed, it's an application of a well-known judicial idiom. A company director must not only have acted honestly. He or she must 'be seen' to have acted honestly.

It is apparent that the Court's approach to the duty has been 'borrowed' from the law of negligence. The 'reasonable' person test is usually applied to determine a breach of a duty of care in tort law. It is also now applied to the particular standard of honesty expected of company directors.

To determine whether a director's actions were objectively honest, the Courts must ask itself :

(b) standing in the position of the company director

(d) having regard to all of the circumstances?

What are the company's interests?

The object of the duty is to ensure that a director acts honestly for the company's best interests. But how can it be determined what those interests are? After all, the company itself is made up of directors, shareholders, employees and other stakeholders (even creditors). Each have potentially competing interests. Which of them truly represents the company's 'best interests'?

Generally, the Courts have considered that the interests of the shareholders are paramount to the company's interests as a whole: Spies v R (2000) (HC) The following principles, however, clarify that broad statement

In relation to its employees, the company has no particular duty to act in their best interests. Nevertheless, a decision by the Directors that substantially benefits its employees (rather than its shareholders) is not a breach of duty per se. For instance, a decision to award bonus payments to a company's employees may have been made to encourage them to be more productive. If so, such a decision is likely to benefit the company as a whole. But, bonus payments to the company’s ex-employees would not provide such a benefit: see Parke v the Daily News Pty Ltd.

In exceptional cases, however, the company's ‘best interests’ will extend to stakeholders other than merely its body of shareholders. Examples include:

In the case of Kinsela v Russell Kinsela Pty Ltd (in liquidation)), the particular company was insolvent, and substantial moneys were owed to its creditors. The Court held that, in the circumstances, the directors' duties extended to actions being taken in the best interests of the creditors.

The reasoning for the extension of the scope of liability was that insolvent companies were trading with the creditors' money during the winding-up period. Therefore, the creditors’ money was directly at risk if a breach of duty occurred.

Determining the question of honesty

In determining the requirement of 'honesty' in legal terms, a number of points are worth noting:

The type of factors a Court takes into account when determining the question of honesty include:

As noted, the fact that a director honestly believed his or her decision was in the best interests of the company is not enough to escape liability. That decision must also be regarded as rational or reasonable in its nature. (This factor introduces the objective component of the directors' decision-making, discussed earlier).

In relation to a breach of the statutory duty of good faith, the Court has power to excuse a director from liability in limited circumstances: see section 1318(1) of the Corporations Act.

To succeed on the basis of the defence, a director must establish that he or she has:

A major difficulty in utilising this ground of defence is that lack of honesty is an element of the breach of duty itself. However, it is arguable that the defence is intended to apply to cases where a defendant director was found to have personally acted honestly, but was still found objectively liable (i.e. according to the stringent 'reasonable director' test).

The defence might also be specifically applicable to cases where a defendant director had acted honestly, but not in 'good faith' for the company's interests. (This view assumes that its scope of meaning is wider than the legal meaning of 'honesty' at common law).

Even in relation to the civil penalty remedies for breach of duty, a similar ground of defence is available to a defendant director: see section 1317S(2) of the Corporations Act.

By contrast, the general law doctrine of ratification of a breach of duty by the company's shareholders is not available to a breach of this type. There is authority to the effect that the defence cannot excuse a breach of the statutory duty to act in good faith: see Forge v ASIC.

Because of the interplay of common law, equitable and statutory remedies, there are a wide variety of options available.

In relation to the impugned decision, it is possible to obtain a declaration from the Court to set aside or 'reverse' the resulting transaction: see Kinsela v Russel Kinsela (1986) 4 NSWLR 722.

Preventative remedies are also available to injunct any breach of a perceived breach of duty. If any loss has been suffered as the result of the breach, equitable compensation can be ordered in favour of the company.

For example, in the case of Brunninghausen v Glavanics (1999) 32 ACSR 294, two brothers-in-law were  directors of a company owned by their family. One of the men bought the other’s shares without disclosing that he was planning to sell the company at a much higher price. Therefore, the shares were sold from one director to the other at a significantly lesser value as the seller:

The Court found that the purchaser of the shares at the lesser value had acted in breach of his duty to the company in the circumstances. To remedy the loss by the under-value sale, the defendant director was ordered to pay $300, 000 in compensation.

As the statutory duty of good faith is a civil penalty provision, the defendant director may also be fined for more serious breaches: see section 1317E and G of the Corporations Act. Although such actions require ASIC to seek a declaration of contravention from the Court, the company can intervene in the action to seek compensation for any loss it has suffered as a result of the director's actions: see sections 1317H and J of the Corporations Act.

As a deterrent remedy, ASIC can also seek orders to disqualify a director from managing any company for a period of years: see s206C of the Corporations Act. In a well-publicised case, Mr Adler of HIH Insurance was disqualified from acting as a director for a period of 20 years.

The prohibition was imposed because of a number of serious breaches of his duties, including that of honesty.

In some circumstances, even criminal proceedings may be brought against a defendant director for breaches of his or her duties. If the breaches are found to have been committed in a reckless or intentionally dishonest manner, a fine or even imprisonment can be imposed: see sections 184(1) and 1317P of the Corporations Act.

The appellants in this case, Mr and Ms Cassimatis, were the sole shareholders and executive directors of Storm Financial Pty Ltd (Storm). Storm held an Australian Financial Services Licence.

ASIC brought proceedings against Mr and Ms Cassimatis centred around the cases of 11 vulnerable customers.

ASIC alleged that: 1) by giving 'inappropriate' financial advice to these vulnerable clients, Storm had contravened various sections of the Act, including s9451A(b) and s9451A(c); and

2) that by permitting (or failing to prevent) these contraventions, Storm's directors had contravened their duties under s180(1).

In separate judgements, Justice Thawley and Justice Greenwood confirmed the primary judge's assessment that the directors' conduct was in breach of s180(1).

Justice Greenwood stated that the contraventions arose out of a primary failure to act in accordance with the objective standard of being honest and to act in good faith towards the 11 vulnerable customers.

Held: The  director owed the duty to all shareholders as a group, but not to the individual shareholder (ie to act honestly and in good faith).