Defamatory comments To ‘publish… or perish’?? 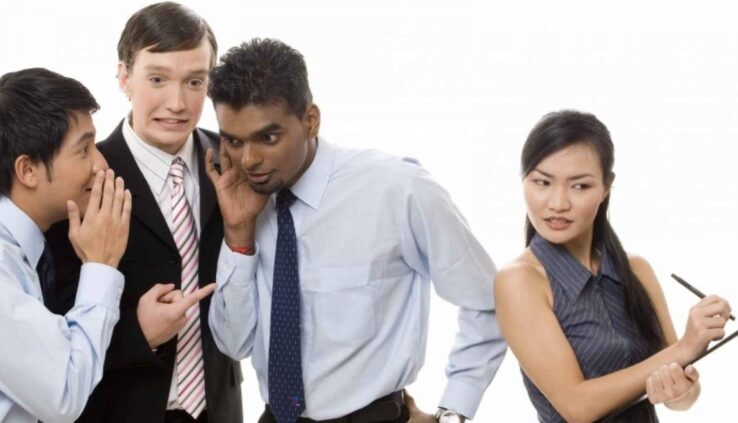 The commercial and career interests of a wide range of writers and speakers are best served when they are communicating to an audience. Boldly stated, it is in their personal interest to publicly disseminate information to an audience at every opportunity.

That opportunity might present itself by the writing of a book, the publication of an article, or even the release of a new TV show.

But I am not just talking about writers, journalists and academics! There is a wide range of people who (somehow) benefit from writing or speaking about particular matters upon which they claim (or profess) knowledge. Nearly all communities (large or small) are populated by such persons, who we might loosely label as ‘publishers’. For present purposes, a ‘publication’ occurs (in law) each time a publisher separately communicates with an audience.

Indeed, this blog is but one example of such a ‘publication’.  Although strictly not in ‘writing’ in the traditional sense, it has been communicated online. Therefore it has been communicated to a section of the public. It can also (hopefully) be readily understood by the ‘audience’ who reads these blogs. In defining that audience, it might refer to the potential readers of legal blogs who can read English and who understand the basic messages being conveyed.

However, the phenomenon of social media has spawned a vastly greater platform for the publication of information to a wider public. The potential audience to a particular publication might consist of readers or viewers from the various continents and countries of the world (in whichever language they read or speak). Nor does the publication have to be in written form. The various videos and clips on YouTube are examples of non-written publications (being in a musical or visual form).

And it is not suggested there is a numerical limit on the size of an audience. The relevant audience to a particular publication could range between a single person through to a large social or business gathering. Therefore, the following person or persons constitute an audience to a ‘publication’ in the eyes of the law:

As we have said, the single publication of a note by (eg. passing it to a friend) is capable of constituting a ‘publication’ to that particular person. If the Law rules that the publication is defamatory in its content, then the publisher may be sued in a Court of law.

Whether a publication is defamatory will be the subject of a separate blog in this series. In short, the publication could be defamatory if it is a lie which might bring the person referred to in the publication, into ‘contempt’ or ‘ridicule’ in the minds of the relevant audience. For instance, a statement in a community news article that a politician (e.g. the local mayor) had an extra-marital affair could well be defamatory. If the publisher can prove the truth of the comment, he or she should be able to defend any claim of defamation. However, the question becomes more complicated when the allegation is not completely false nor true, but might be misleading.

If the sole reader of a personal note repeats the content of that note to someone else, a ‘fresh’ publication takes place in the eyes of the Law. The same rule of re-publication applies where some of the members of an audience later communicate that publication to third parties.

The case summaries below are intended to provide some examples of different defamation claims. They are matters which have been ruled upon by the Courts as to such issues as publication, liability, and remedies.

The party bringing the defamation claim in this case was a prominent rugby league footballer. A photo was taken of him while showering with some other footballers, which showed his penis. The photo was subsequently published in a magazine (without his knowledge or approval), alongside suggestive text highlighting a display of masculine nudity. The footballer’s lawyers argued that the publishing of the photograph would lead an ordinary reader to assume that the footballer had: given permission for the photograph to be published; posed for the photograph for the purposes of its publication; and was thereby unfit to continue his promotional work with young people.

Was the publication of the nude photograph defamatory?

The case concerned the broadcasting of the “60 Minutes” program and its subsequent online publication containing an interview with Nadia Tabbaa. During the interview, she claimed to have been mistreated by her father for a number of years. Following the publication, Mr Tabbaa, (Nadia’s father), brought an action in defamation against the owners of the program.

Was the content of the interview published (as part of the “60 Minutes” program) defamatory?

The publication of Nadia’s interview (as part of the broadcasting of the “60 Minutes” program on television), and its subsequent publication online, was not defamatory. Nadia’s comments regarding the treatment she experienced by Mr Tabbaa constituted her honest opinion. They could not be characterised as false or misleading. Additionally, it was in the public interest to enable such content to be published.

The case concerned the radio broadcasting of words to the effect that a politician had been bragging and lying, and which referred to him as a ‘foolish politician’. In fact, the politician was a highly regarded person in the community, with a reputation for integrity. The radio station soon after making the comments, issued an apology to the politician (upon realising that the statements made were untrue). However, the politician sued as the broadcast had caused him great distress.

Was the radio-broadcasting of the statements about the politician’s character defamatory?

The statements broadcast by the radio station were held to be false and defamatory. Accordingly, compensation was ordered to remedy the humiliation and distress suffered by the politician.